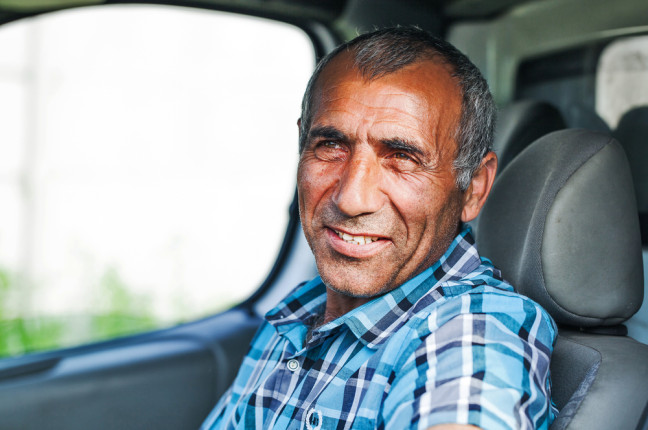 My son Matt and I were recently on a brief Sicilian vacation. During a 3 hour ride from Palermo to Taromina, we received an incredible but somewhat concerning history lesson from our driver Giuseppe.
Sicily is one of the most beautiful places in the world. The view from our hotel room paints a serene , picturesque view of the sea and surrounding villages. Underneath however, similar to the nearby Mount Etna volcano, is a tempest brewing.

Europe for centuries had always had invasions and territorial wars.  As recent as a month ago the Russians entered Ukraine.  But as Giuseppe informed us, in recent times, for the most part France has remains French, Germany German and Italy Italian. However, times are changing.

Giuseppe lectured us on the invasion of Sicily by the Normans, Arabs and Spaniards.  These  were invasions, not the steady migration of another culture. The indigenous population of Italy, as well as most of Europe is diminishing because  of declining birthrates. He went on to say that Africans , Tunisians and Arabs are migrating to Sicily.  Africa is merely 80 miles away. These  migrant groups are changing the Sicilian culture: religion, family, and social traditions are no longer “Sicilian”.  Giuseppe and fellow Italians are not pleased.  This was their culture and has been this way for generations and “now it’s all changing.”

About 40 years ago Giuseppe immigrated to the US. More specifically to Brooklyn, NY. He commented how his assimilation was easier than what the Africans are encountering in Sicily because the US was already a culture of immigrants that welcomed diversity. He also suggested that the America’s diverse culture created greatness.  While the Italians are famous for their 1,000 year old churches, the US created GM, GE, and IBM. And within the last 20 years Google and Apple.

Here are my 3 takeaways for businesses:

1. diversity is not easy

2. diversity in a business setting must be led by the most senior person in the organization