In the summer of 2020, the United States went through a historical time, facing a pandemic and social movements like “Black Lives Matter” at the same time. Certainly, George Floyd had not been the first Black man in the U.S. to be a victim of police brutality, systemic racial injustice, or white supremacy.  Unfortunately, he won’t be the last.  But Floyd´s death in 2020 was different. This time, while the country was locked down due to Covid-19, we couldn’t look away if we wanted to.

The Black Lives Matter movement immediately earned widespread international attention and support with demonstrations sprouting in at least 60 different countries. It shook us all to the core and forced us to reevaluate the lenses through which we see the world.  Most important, George Floyd’s death and BLM re-started a wide-spread conversation about systematic racism in America.

Now that we enter Black History Month in the U.S., we see the Internet and various social media platforms getting flooded with Black heritage traces, quotes, speeches, historical photographs, and anecdotes, all in support of this national holiday. Empathy and kind messages are spread throughout the weeks of February, but – Is this enough?

According to recent reports:

Nowadays, African Americans represent 13.4% of the U.S. population (almost 50 million), with a buying power of more than $1 trillion a year on goods and services. Black women represent 42% of new women-owned businesses (three times their share of the female population) and 36% of all Black-owned employer businesses. Some studies even show that Black women are the most educated group in the U.S. For instance, Black women consistently make up over 50% of Black people who receive postsecondary degrees while representing only 12.7% of the female population. 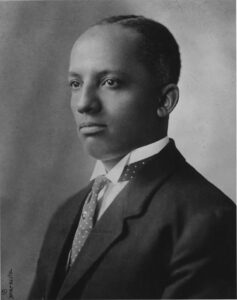 Black History Month was created by Harvard-trained historian Carter G. Woodson who was tired of the lack of representation and recognition of Blacks within the American history books. That was almost a century ago. Now the concern is still: are African-Americans represented equally in America?

For many years, the month of February represented an opportunity for everyone to look back and recognize the contributions of those with African heritage. Even though cultural curiosity should not be limited to one month, we all have access to educational articles, books, videos, and stories to enrich our Black History knowledge. Let us take advantage of that but let us also be aware that the problem goes much deeper than awakening our “cultural curiosity.”   If you think there is not much you can do to affect the change, you need to start there. Just like our Vice President Kamala Harris said in her acceptance speech: “We´ve got to do the work. For our children. For all of us… Because none of us are free until all of us are free”.

After a turbulent 2020, many corporations will start prioritizing diversifying their workforce, boards, and leadership teams, investing in anti-bias training, supporting black-owned business, discussing the gender paid parity, among many other social issues. Along with that, consumers are demanding more than ever that brands and companies take a meaningful stand on this topic.

At Global Diversity Marketing, we hold a moral position to encourage the conversation on equality and guide it as well. Our purpose is to embrace an inclusive and diverse culture, shape the right messages, and address the underserved ones. We seek to create a sense of belonging and empowerment for every employee, client, brand, and consumer.