5 MISCONCEPTIONS ABOUT IMMIGRANTS IN THE U.S. 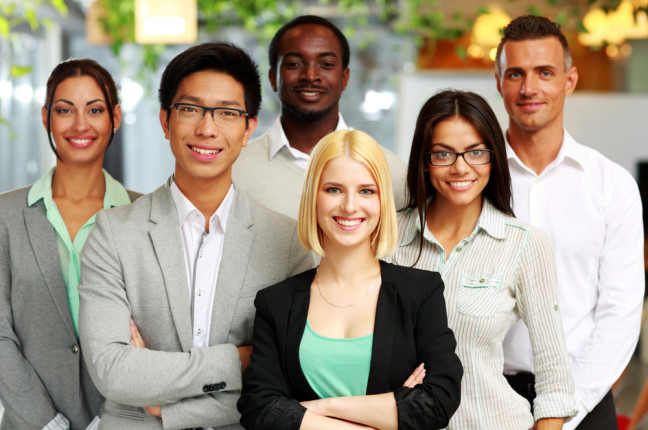 Any one of the following misconceptions will dramatically stunt one’s business over the next few years.

In my last blog, I wrote about the incredible business opportunities that one-third of the US population that is multicultural presents today. A subset of this group is the immigrant segment of our country.

Last week, my wife and I shopped at a mall in New York. As We walked, she pointed out to me that as caucasians, we were clearly in the minority. Immigrants are brand loyal, have money to spend, assimilate quickly and gravitate to brands and businesses that celebrate their differences.

The famous inscription “Give me your tired, your poor, your huddled masses yearning to breathe free”, associated with the Statue of Liberty, was an appropriate quote for immigrants to the U.5. 100 years ago. Many of today’s immigrants have flown here (some in business class), are educated, have credit and credit cards, have smart phones and are thirsty to buy!

Overcoming these 5 misconceptions will create a market segment Waiting to be embraced.

1. The Market is too small

According to the 2009 Census Bureau 2009 survey, the U.S. immigrant segment was nearly 40 million or 12% of the total population. Experts state that this number may be increasing by 5% per year…so the 2009 survey by today’s standards is incredibly conservative.

Consider this. The immigrant population of the U.S. is larger than the total population of Canada or Australia. Imagine if your business was granted exclusive rights to market in either of these countries. This is the opportunity right here in our country for visionary business leaders.

2. Most immigrants are here illegally

The words “foreign born” and “immigrants” are used interchangeably and refer to persons with no U.S. citizenship at birth. It includes citizens, lawful permanent residents and persons living on temporary Visas.

As previously mentioned, there are 40 million immigrants here in the U.S. Unfortunately, when you “google” immigrants, what pops up is “illegal immigrants” which only reinforces the misconception.

3. Immigrants are not educated

According to the 2009 Census, there are 32.5 million immigrant citizens age 25 and older.

A business associate of mine who is an adjunct professor at a NYU graduate school, told me recently that of his 23 students, 22 were foreign born.

To clarify, immigrant household is defined as a household where the head of the home and his or her spouse are foreign born.

Your business model may focus on one of these socio-economic segments; low income, emerging mid-market, mid-market or high income market.

Immigrants have representation in each of these markets. Nearly one-third of the immigrant households were considered middle class, having a total annual income between $47K and $79K. These figures compare very favorably to mainstream America.

5. They are the minority. why not focus on the majority?

Typically, the price of entry for the mainstream market could be 10x the price to enter the immigrant market.

Case in point. A full page ad for the New York Times could be in excess of $100K. That same advertisement in a U.S. Asian newspaper would be less than $5K.

A clashroyaleboom friend of mine, who produces musical shows for the Indian community in New York, recently drew over 2,000 Indians to a concert. He used inexpensive newspaper ads and social media to draw his customers.

How would 2,000 new customers affect your business today?

In summary, 80 years ago, Western European immigrants were considered second class citizens. That would be considered absurd today. Considering the incredible pace of assimilation of today’s recent immigrants, misconceptions can only create false barriers to your business exploding.