Would you have had the courage to sign Jackie Robinson? 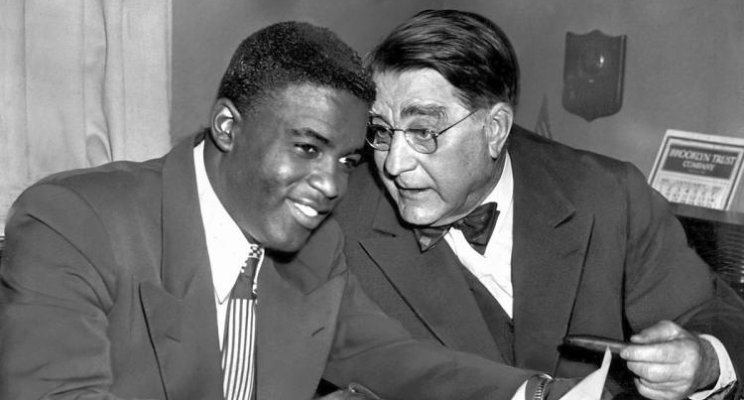 Are you willing to seek out diverse talent to grow your business?

Ground has been broken for a long overdue Jackie Robinson Museum, in lower Manhattan.

Jack Roosevelt Robinson, born in 1919, 25 days after the death of Teddy Roosevelt, whose name he carries, was the first African American player hired by Major League baseball on April 15, 1947. It is almost impossible to believe his entrance to baseball was only 70 years ago. Try telling your kids that…. I think they would be amazed!

Branch Rickey was the General Manager of the Brooklyn Dodgers and made the controversial and courageous move of signing Robinson, breaking the MLB “color barrier.” This was not an easy task, as Rickey was confronted with societal issues and his colleagues were vehemently opposed to the signing. Rickey sought him out for his outstanding personal character, his UCLA education and rank of Captain in the U.S. Army. He knew that boos, taunts and criticism were going to be directed at Robinson, and that Robinson had to be tough enough to withstand abuse without attempting to retaliate.

Robinson was a Superstar:  Rookie of the Year, 6 time All Star, National League MVP, Batting and World Series Champion. He served as a role model for generations who followed.

Robinson was not the best player in the Negro Leagues. There were many others such as Satchel Paige and Josh Gibson.

So why then were there no other black players in the league?

The issue was not that there weren’t many great black players available…. there just were not enough Branch Rickey’s!

Are you willing to seek out great talent with the passion and foresight that a Branch Rickey had?